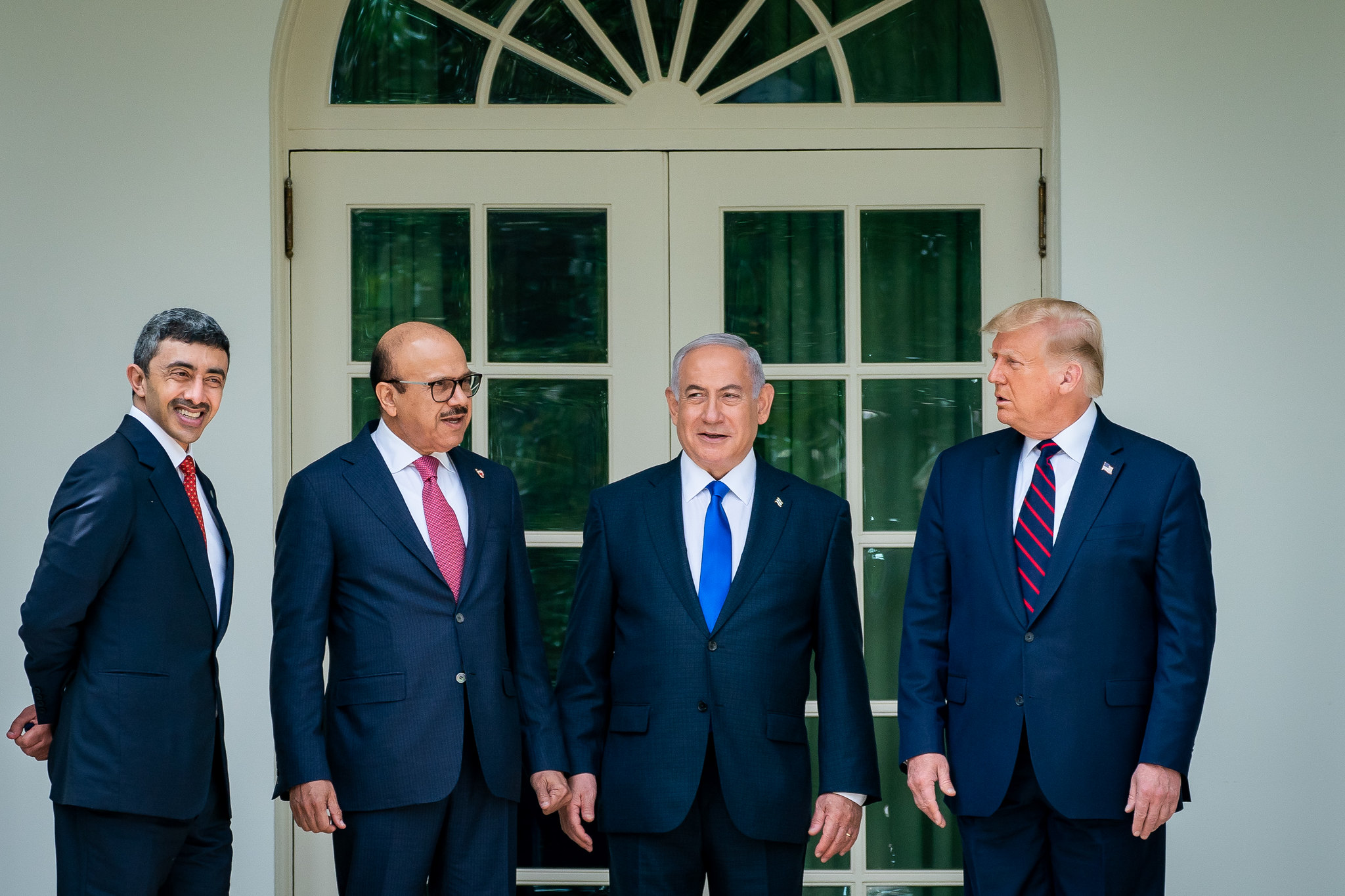 (October 16, 2022 / JNS) Coincidentally, I write for both Israel Hayom in Israel and Al-Ittihad in the United Arab Emirates. There has been a lot of controversy surrounding my membership Israel Hayom because I was the first female Arab journalist from the Gulf to work for a conservative Israeli media. My appointment was described by the publication’s former editor, Boaz Bismuth, as “revolutionary,” but by peace advocates as a shameful betrayal.

Following the Abraham Accords, many bilateral agreements have been concluded in key areas, such as business, clean energy, tourism, education and cultural exchanges. As these historic levels of cooperation shine the spotlight on the region, there is a need to focus more on media cooperation.

“Two years after the signing of the Abrahamic Accords, the economic cooperation between the United Arab Emirates and Israel continues and expands in various fields, and this is an opportunity to bring views closer, to bring hearts closer and to cooperate in the field of media and journalism,” said Omer Lahmanovich, editor-in-chief of Israel Hayom.

Hamad Al Kaabi, editor-in-chief of Al-Ittihad, echoed those sentiments saying, “Winning Google’s initiative is an opportunity to strengthen the newspaper’s role in spreading a culture of coexistence and positive communication between people. Our editors believe in the role of the media in pushing and promoting pioneering initiatives that build on the activities of the United Arab Emirates to strengthen and encourage peace, dialogue and growth in the region and globally.

Such collaboration is not only important in times of peace and stability, but also in times of difficulty and crisis. Such cooperation would help put an end to outdated negative rhetoric and biased discourse, in which one point of view dominates to the detriment of all others.

This long-running problem, both in Arab media and in Western mainstream media, mainly English-language, has heightened tensions on both the Israeli and Arab sides. Undoubtedly, this has helped to entrench division and engender conflict. It has also been exploited by radical and terrorist organizations to promote their ideologies and political agendas.

Although this is a hugely important agreement, the two agencies have not developed a clear policy on how to cooperate in times of conflict and unrest, such as the two-week battle between Hamas and Israel in about the Sheikh Jarrah neighborhood in Jerusalem, which finally ceased on May 10, 2021, but resulted in evictions.

Scenes of conflict like these have a significant impact on Arab audiences, including countries that have signed the Abraham Accords.

For example, some members of the public in the United Arab Emirates and Bahrain were deeply affected by the scenes they saw in Gaza, which made them less friendly towards Israel. This clearly shows that during times of conflict it is important to exchange political analysts and journalists between the countries of the Abraham Accords, including Israel, so that they appear in each other’s media, which helps to make the coverage more balanced and inclusive.

Also, scenes from both sides of the conflict should be shown. Israeli strikes caused death, injury and destruction of buildings in Gaza, but prior to these strikes, Hamas and other terror groups in Gaza fired missiles at Israel. It is also important to show how Hamas hides its weapons and ammunition in schools and mosques, so that when Israel retaliates, civilians inevitably become human shields – a common strategy used by terror groups to gain sympathy. public.

Due to these scenes of violence and hostility in the media, the Arab public largely continues to see Israel in a negative light, with the exception of Morocco, due to the unique history shared between Moroccans and Jews. This negative outlook undoubtedly makes policymakers in Arab countries that have not signed the peace agreement with Israel reluctant to move forward with normalization.

Bias and inaccuracies in the media during times of conflict usually benefit the most extreme voices, hindering progress toward Israeli-Palestinian peace. It could also lead to the Abraham Accords being seen as another “cold peace”.

A clear policy on how media partnerships should cooperate in times of conflict should be in place.

Dr. Najat Al-Saied is a senior lecturer at Emory University and an adjunct professor at the American University in the Emirates, specializing in political media and communication. She can be contacted at [email protected]

2022-10-16
Previous Post: Why the CBDC may not be the magic bullet to deal with the risks of crypto assets
Next Post: SC plans to allow wholesale funds to gain exposure to alternative assets