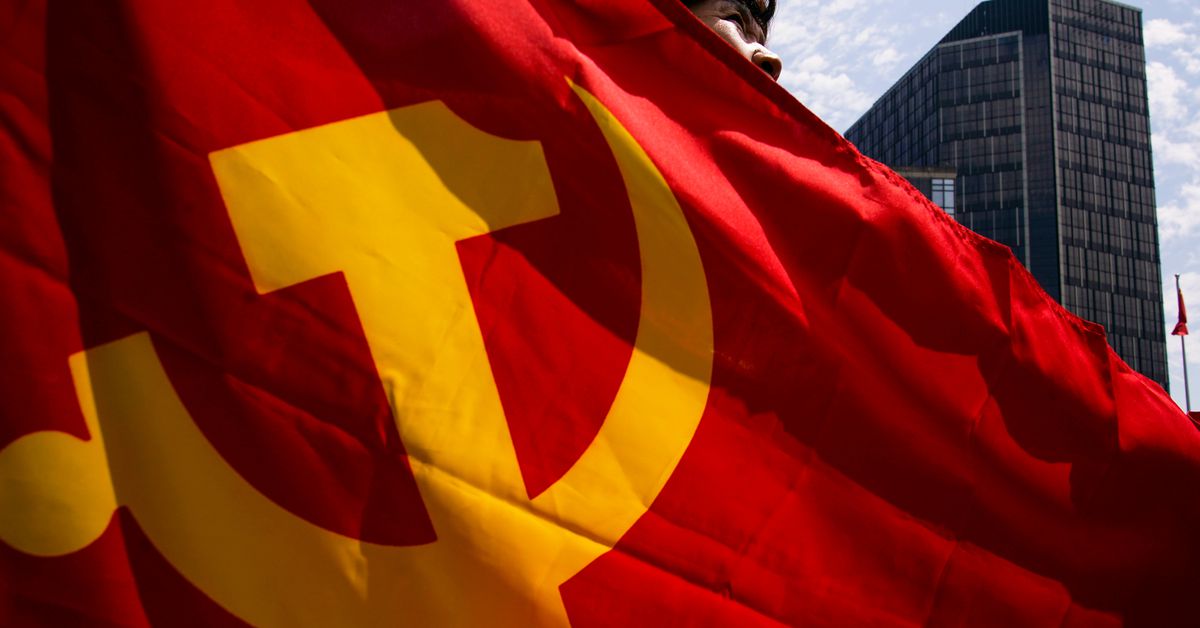 A woman holds a Chinese Communist Party flag as she poses for a photo during an exhibition at the Memorial of the First National Congress of the Communist Party of China, ahead of the 100th anniversary of the party’s founding, in Shanghai, China June February 22 2021. REUTERS/Aly Song/Files

Officials must report the business activities of their spouses and children and those who fail to do so or seek to circumvent the rules will be “dealt with seriously in accordance with regulations and laws”, Xinhua quoted the provisions issued by the Communist Party Central Committee. .

Spouses and children of civil servants must retire from business activities or the civil servants themselves will have to resign from their current posts and “accept post adjustments” and face other forms of punishment, Xinhua said.

The extended families of Communist Party cadres have become a key battleground in President Xi Jinping’s war on corruption, which has punished thousands of officials since taking power in late 2012.

Many cases of corruption have involved officials registering businesses and property in relatives’ names, allowing them to adhere to the letter of party guidelines while using their influence to amass wealth.

“Strengthening the management of spouses, children and their spouses who run companies of leading cadres is an important measure to strictly manage the party and supervise cadres comprehensively,” Xinhua said citing party rules.