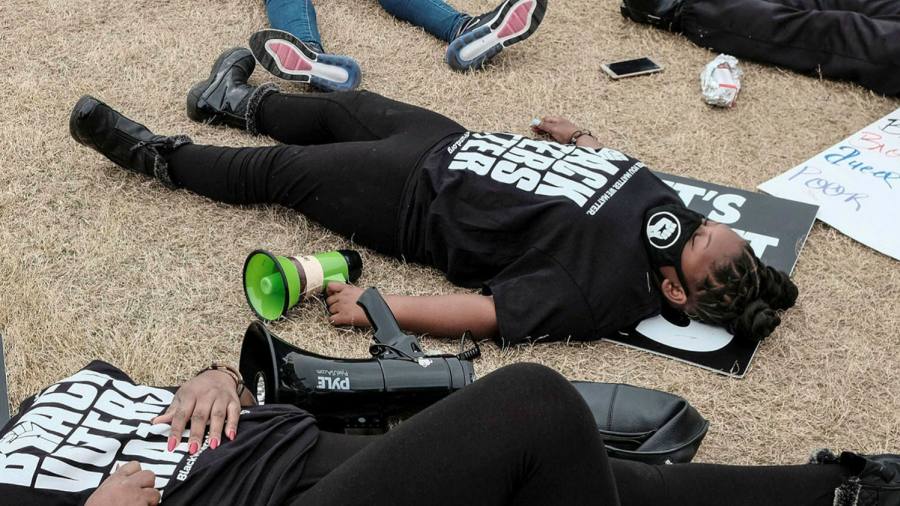 Coca-Cola has learned the hard way that when it comes to social matters, there is no way to please everyone.

In February, the company angered conservatives by demanding that its outside law firms give some of the company’s work to black lawyers or face reductions in their fees. Then, in March, liberal protesters staged a “die-in” outside the World of Coca-Cola in downtown Atlanta to protest Coke’s failure to oppose a Georgia law that had effect of making it more difficult for black voters to vote.

In late April, the company’s general counsel, Bradley Gayton, has been jobless after only eight months.

Top in-house lawyers are in the firing line as companies come under increasing pressure from clients and employees to take a stand on everything – from climate change to voting rights and racial equity. At the same time, investors have increased their attention to environmental, social and governance (ESG) issues.

Anxious general managers need help handling these demands, and a split is developing over how the general counsel should respond. As lawyers, CGs are by definition well qualified to provide legal advice. But ESG and political issues have broader ramifications for a company’s image, regulatory relationships and even profitability.

A General Counsel should not be there to encourage or discourage. . . involvement in current political or social issues

For some Advocates General, that means they have to tread carefully.

“A general counsel should not be in the business of encouraging or discouraging — much less initiating — his company’s involvement in political or social issues of the day,” says J Michael Luttig, a former judge who then held the position of general counsel at the American aircraft manufacturer Boeing. “This role is for the business leaders of the company. Most business owners would resent a general counsel getting so involved in running the business. »

But others see the dilemma differently. “It’s a natural choice for a general counsel to think about these issues,” says BT’s Sabine Chalmers. “I never saw it as a game of either.” In addition to her role as group general counsel at the UK telecommunications group, she took on the role of executive sponsor of diversity and inclusion programs following the George Floyd protests. “You have to constantly listen to the outside world, to the expectations of your stakeholders,” she notes.

In fact, says Jeffrey Sonnenfeld, a professor at the Yale School of Management, there are three types of general counsel. Some are activists who push deliberately on social issues. Then there are the traditionalists who consider themselves the “vice president of ‘no’” and try to stay away from it altogether. And a third group tries to be non-ideological and methodical but also recognizes that on certain issues “to be silent is complicity”.

At Telstra, the Australian telecommunications group, General Counsel Lyndall Stoyles is also responsible for external affairs, sustainability and risk. This makes her more qualified to consider ESG issues from all angles, she says.

“One of the benefits of having a broader portfolio is having a team of different people with diverse perspectives. It has broadened the advice we give,” she says, noting that the approximately 330 people who report to ‘It includes not only lawyers, but also economists, regulatory specialists and experts in supply chains, digital literacy and community project managers.

Louise Pentland, director of business affairs and chief legal officer at payments company PayPal, has seen approaches to social and political concerns change. “There was a time, five years ago, when it seemed easier to walk away from some of these conversations without necessarily fearing the consequences,” she says. This is no longer the case: “I think we shouldn’t hesitate. . . because I think employees need it now. Pentland is acutely aware of the importance of dealing with this particular set of stakeholders, as it also manages human resources.

She remembers how PayPal got dragged into one of the first big fights in the current cycle of politicized business. In 2017, the company said it was canceling plans for a facility in North Carolina after that state passed a law, known as the “toilet bill,” that limited LGBT+ protections. . Pentland says the company felt comfortable taking a stand on inclusion-related topics because its stated mission is to democratize finance.

The larger wallets of these GCs are not unusual, says Nir Kossovsky, co-founder of Steel City Re, reputation risk advisor and insurance group. He estimates that around 40% of general counsel are explicitly accountable for ESG and reputation issues. “Much of the value of the company is determined by these ESG decisions,” he says. “Excessive promises create the risk of stakeholder disappointment.”

Recent challenges have included last year’s Black Lives Matters protests and demands for action on climate change. Some companies still choose to stay out of the debates as much as possible but, for national champions such as Britain’s BT, staying silent is not an option, according to Chalmers. The company has faced calls from its employees and customers to address concerns about racial equity, so it has set diversity goals and organized awareness programs.

“Almost every action or inaction will result in a reaction, and you’re never going to make everyone happy,” says Chalmers. “[The GC job] it is to accept this reality and to help the organization to reflect on the problems and to identify the consequences of taking a stand. Doing nothing and not setting up your stand is now a much greater risk.

There’s always something for everyone that they haven’t thought of.

In some ways, the biggest problem for businesses right now is anticipating the next challenge. “There’s invariably something for everyone that they haven’t thought of,” says Pentland. “So how do good companies, who try to do the right thing, ensure that an incident doesn’t completely throw the baby out with the reputational bathwater?”

Kossovsky, the risk advisor, thinks he has an answer: don’t wait for protesters to knock on your door, like Coca-Cola did in Georgia.

“At that point, it’s a crisis and you’ve failed,” he says. “The processes should already be in place. Include an analysis of “who are our stakeholders and what do they expect from us?” Accidents happen, but reputational consequences don’t have to follow.