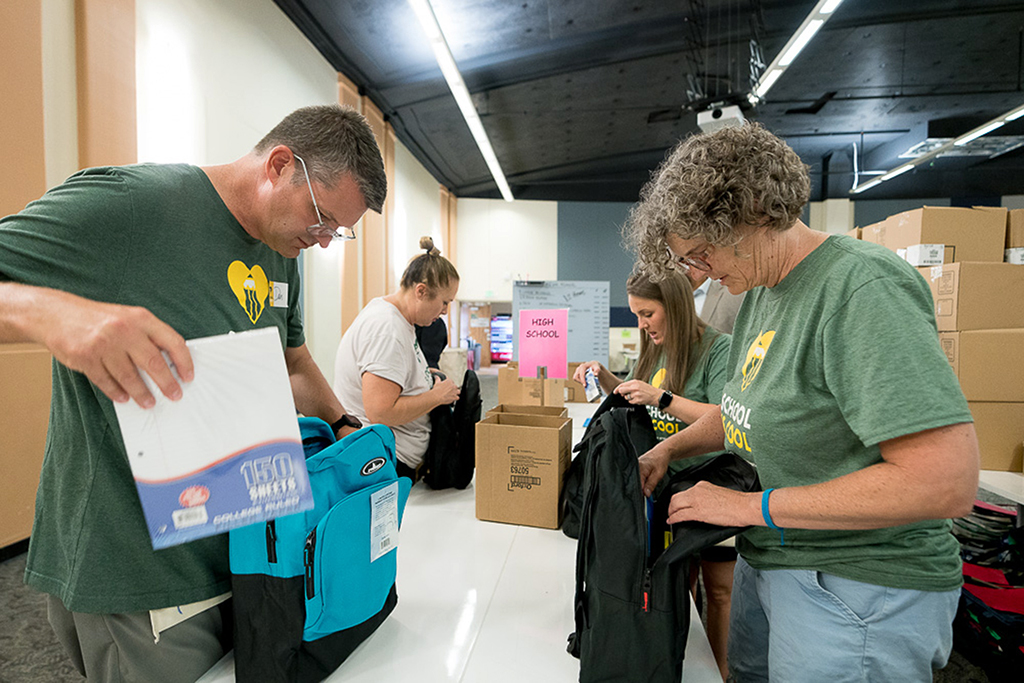 CSU’s partnerships with local school districts extend to classrooms, athletics and beyond

Colorado State University had 439 teacher candidates in Northern Colorado schools in undergraduate and graduate programs in the 2021-22 academic year, showing the connections between CSU and local school districts .

Beyond the CSU Educator Preparation Center in the School of Education, which provides teacher and principal licenses, there are many other programs that show a partnership between CSU, the Poudre School District and the Thompson School District.

“It’s a deep partnership,” said Nick Peterson, PSD’s Community and Business Development Coordinator. “It’s almost too big for one person to have a full picture of because it’s happening through different threads on this tapestry.”

“They did a great job. The Canvas Community Classic was a huge success,” Peterson said of the September 30 event which brought together hundreds of parents, players, band members and other local students on the CSU campus to watch the four Fort Collins high school football teams play. “I know they will continue this partnership. And they may be looking at a winter event at Moby (Arena).”

One of the oldest collaborations is the School is Cool program, which began in 1992. Since then, it has provided more than 53,000 children with essential school supplies. The program reached more than 2,600 students last year.

“It’s important, so students can have backpacks on their first day, rather than feeling stigmatized or unprepared for school, and it gives them a head start,” Peterson said. “It’s a huge thing CSU is doing for us.”

The partnerships go both ways, as CSU educators learn what’s happening in TSD, PSD, and other districts in real time.

“It’s a critical thing, especially when universities can have the reputation of being an ivory tower,” said Ann Sebald, co-director of Educator Readiness Center. “We don’t. We can not. Because we are collective. We are collaborators in this work.

Peterson said he hopes to catalog and expand partnerships involving PSD, TSD and other area school districts with CSU.

The school of education is part of CSU Faculty of Health Sciences and Humanities.