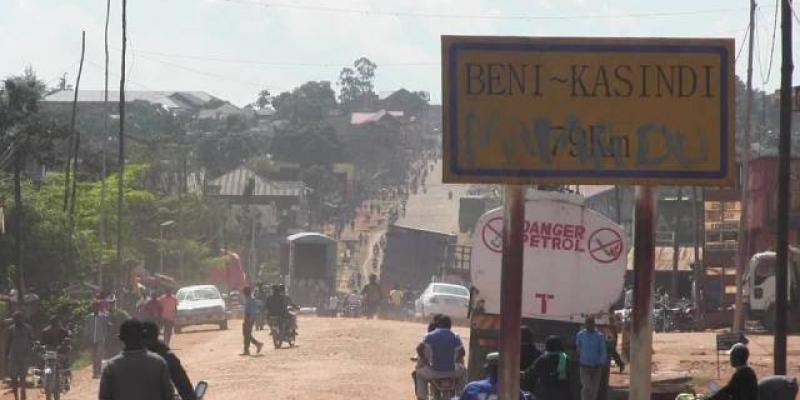 DR Congo: Resumption of commercial activities on the Butembo-Kasindi highway after rebel attacks

Commercial activities have resumed in Butembo-Beni in North Kivu in the Democratic Republic of Congo, ten days after they were suspended following attacks by Allied Democratic Forces (ADF) rebels on trucks carrying goods on the Kasindi-Beni highway.

Operators started work on Thursday, July 21, seeing the importation of goods through the Kasindi customs post, where operations had been suspended.

During discussions on Wednesday July 20, 2022 in Butembo between economic operators and a delegation from the North Kivu provincial government, the participants agreed on the escort of trucks and joint patrols involving the national army of the DR Congo, the FARDC, the Congolese Federal Police, the PNC and the Ugandan People’s Defense Force UPDF.

The joint patrol would protect people and their property, including goods, on the at-risk Kasindi-Beni highway.

“We have decided to resume export and import activities today, Thursday. This means that we will organize convoys of vehicles from Beni to Kasindi regarding export and back to Kasindi with goods for import” , said David Kamuha, senior adviser to the military governor of North Kivu in charge of finance.

“We have made a commitment to secure property and people by organizing mixed police, FARDC and UPDF patrols. There will also be escorts on the Beni-Kasindi highway. We think with all these measures; we will be able to secure the goods, the drivers and all the people on this highway.

The provincial government of North Kivu would cover the financial and logistical expenses. This decision was welcomed by economic operators who demanded the patrols, fearing that the convoys would be a new opportunity to bribe the security services.

The businessmen decided to resume import-export via Kasindi and reassured the inhabitants of the drop in prices of several raw materials, in particular fuel, which have recently soared on the market.

“We have agreed with the authorities that from tomorrow (today, Thursday July 21, 2022) we will resume import-export through Kasindi ensuring that all agreed measures are implemented. We only have this arm to protect us,” said Guillaume Mukyambuli, vice-president of the Federation of Congolese Enterprises (FCE) for Butembo-Lubero.

We have shown shortcomings in the security of goods on the road. We hope things will improve. On the increase in prices of goods in the market, do not worry. They will be reduced because traders are reassured about their merchandise.

The government, for its part, thinks the worst has been averted.

“This is the great measure taken with our FEC partners for the resumption of economic activities to avoid making the same mistake as the enemy who, in addition to the war of arms that was imposed on us in Rutshuru and Beni, can again plunge us back into an economic war that is deadly,” Kamuha added.

On July 7, 2022, the economic operators of Butembo-Beni decided to suspend the import and export of goods through the Kasindi border, one of the most critical border posts in the country, due to the losses suffered following the repeated attacks on vehicles carrying goods by the ADF. rebels on the Kasindi-Beni highway.

For some burned vehicles, the losses were estimated at more than 100,000 US dollars, excluding engines. Between June and July 2022 alone, civil society in Butembo said it counted 11 burnt vehicles, even as a joint military operation between the DR Congo army and Ugandan forces was underway.

Economic operators have demanded that the area be declared a disaster area and tax exemptions due to repeated attacks on commercial trucks by ADF rebels.

There are millions of ordinary people affected by conflict in Africa whose stories are missing from the mainstream media. HumAngle is committed to telling these difficult and under-reported stories, hoping that those affected by these conflicts will find the safety and security they deserve.

To make sure we continue to provide public service coverage, we have a small favor to ask of you. We want you to be part of our journalistic enterprise by bringing us a token.

Your donation will further promote a strong, free and independent media.