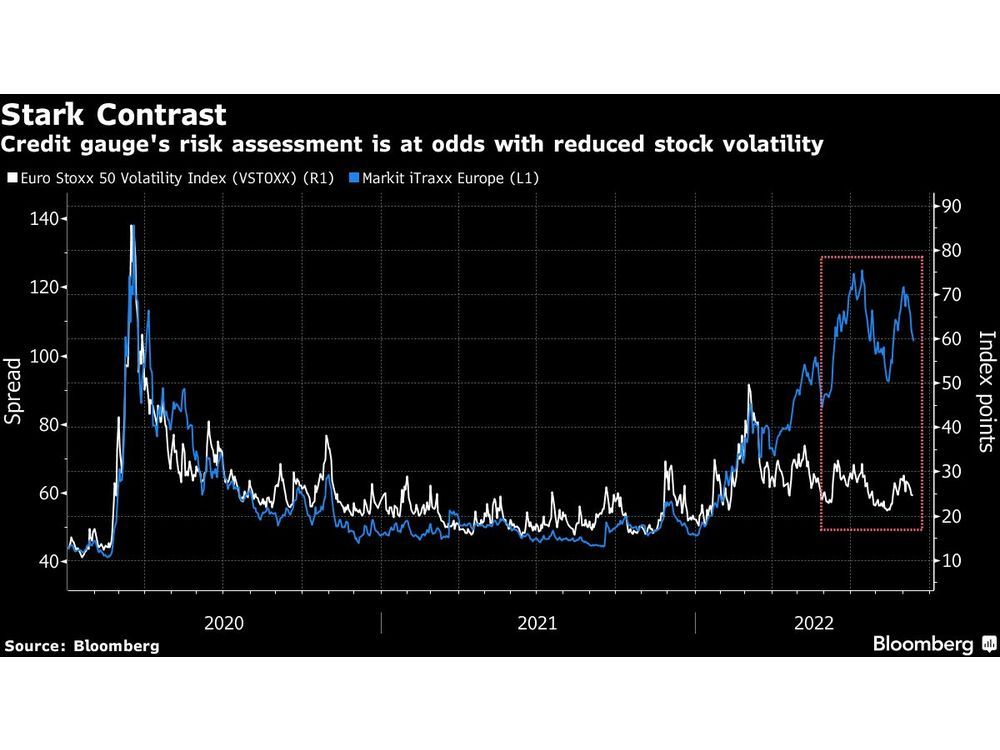 Goldman cautious on European assets until signs of bottoming out

(Bloomberg) – Europe’s tough macro backdrop could continue to weigh on its assets despite a positive risk-reward balance, fiscal support and moves to reduce energy demand, according to Goldman Sachs Group Inc.

The company remains cautious on the region due to the energy crisis, monetary tightening and the political backdrop surrounding the Italian elections, strategists including Cecilia Mariotti wrote in a Sept. 12 note. Signs of an “imminent market bottom” are needed for that view to change, they wrote.

“Our economists expect the energy crisis to push both Europe and the UK into a recession – albeit relatively mild – and predict an acceleration in ECB and BOE tightening,” wrote the strategists. Goldman remains underweight European stocks and its credit strategists believe current prices accurately reflect the region’s relative risk vis-à-vis the United States, the note said.

European stocks have lagged the S&P 500 this year in dollar terms, with the euro weakening by more than 10%. Meanwhile, the region’s credit markets continue to be much more stressed than equities.

Still, Europe’s 12-month forward earnings estimates have yet to see a serious downward revision, according to data compiled by Bloomberg. Although the region’s earnings-based valuations have fallen this year, they still remain above levels reached during the 2008 financial crisis.

2022-09-13
Previous Post: Sea Grass Therapies spa in Worcester focuses on sports massage through partnerships with local professional teams
Next Post: Partnerships and joint ventures in the spotlight at AAD 2022