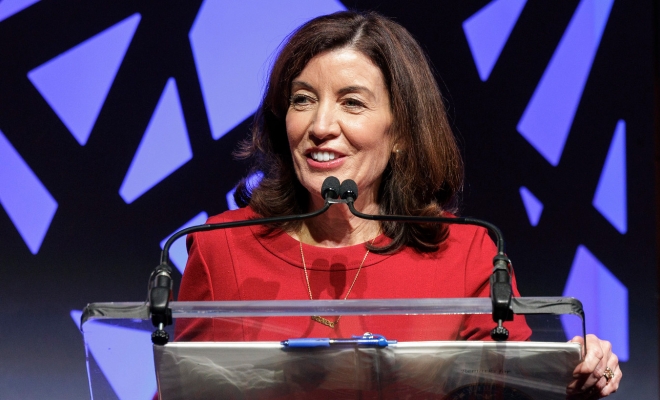 Governor Kathy Hochul announced today that New York State has exceeded its official utilization rate target for New York State Minority and Women-Owned Businesses (MWBEs) on contracts of State with 30.51% – the highest in the country – for the fiscal year 2020-2021 year. Additionally, more than $3 billion in public contracts have been awarded to MWBE companies during the same period, with more than $21 billion in public contracts awarded since 2011. This achievement was announced in conjunction with the eleventh annual edition of Minority and Women-Owned Businesses of New York State. Enterprise Forum, which runs until December 16. The Forum is the premier opportunity for MWBEs in all industries to forge new professional relationships, learn about state contract updates, and become more competitive in an ever-changing marketplace.

“New York State is setting ambitious goals – and my job is to achieve them,” Governor Hochul said. “Our diversity is our greatest strength, and one of my administration’s top priorities is to ensure that economic opportunity in our state is fair and reflects that diversity. MWBEs are the economic backbone of our communities, and the 30% milestone that we have exceeded and will continue to exceed is a testament to my firm belief in this fact.

“As we build back better after the COVID-19 pandemic, we must rebuild inclusively and I am proud of the aggressive steps New York State has taken to ensure everyone is empowered to participate in our growing economy. », said Lieutenant Governor Benjamin. “Governor Hochul has worked tirelessly to remove systemic barriers to MWBE’s participation in state contracts, and by exceeding our 30% utilization goal – the highest in the nation – we are ushering in a new era of equal opportunity for MWBEs to succeed. »

The theme for this year’s forum is “Innovating Forward” and features in-person events and large-scale online sessions that bring together MWBEs, public agencies and authorities, implementers and other strategic partners. Programs include panels and working sessions, as well as live and virtual networking meetups. Scheduled programs cover a wide range of topics, from discussions about investing and growing a business by accessing capital and leveraging technology, to emerging opportunities for MWBEs in the growing cannabis industry of the world. ‘State. The Forum focuses on raising, strengthening and celebrating MWBEs with the goal of ushering in a new era of connectivity between state agencies, private sector partners and MWBEs.

Julissa Gutierrez, New York State Diversity Officer, said: “This year’s utilization rate confirms that New York has the boldest and most aggressive MWBE program in the country. Achieving this ambitious goal now challenges us to continue our momentum to break down structural and societal barriers and ensure our economy reflects the great diversity of our state.

Hope Knight, Acting Empire State Development Commissioner and President and CEO Designate, said: “As New York begins to reopen, MWBEs must be equipped with the tools to adapt to a new reality as the state rebuilds and they chart paths to economic success through contracting opportunities. with the state.”

Jerome A. DuVal said: “Our mission – and the government’s obligation – is to support opportunities for all, especially those who have been historically disenfranchised to fully participate in and benefit from economic growth. Exceeding our 30% utilization rate goal represents hard work and a positive and productive partnership between the public and private sectors – elected officials, community leaders, business owners, advocates and entrepreneurs – to ensure MWBEs have a chance of success fair and equal.

ESD’s Minority and Women’s Business Development Division also released its annual report for the 2020-2021 fiscal year. The report outlines New York State’s historic accomplishments and successes in supporting MWBEs in the past and during this year, which is especially important given the ongoing impact of the COVID-19 pandemic. The full report is available here.