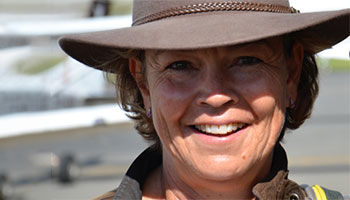 It’s all about partnerships. Really. : Travel every week

Nicky Fitzgerald co-founded Halcyon Hotels and established safari lodges for AndBeyond. She and her husband, Steve, opened Angama Mara in Kenya in 2015.

After 40 years welcoming travelers from all the beautiful wilderness of sub-Saharan Africa and India, I left the company at the end of last month. I have learned a great deal over these decades, having built, opened, operated and marketed 60 premium safari lodges, the last being Angama Mara in Kenya’s Masai Mara.

It has almost become a cliché to say that partnerships are the foundation of businesses. Although I will testify that it is true, it must be done in the right spirit. Former South African President Nelson Mandela understood this and embraced ubuntuan ancient African philosophy which, in simple terms, means “I am because of you, you are because of me, we are who we are through each other.”

Using this as a framework, I urge my colleagues in the luxury adventure travel industry, both advisors and properties wherever they are, to take a step back and reconsider what it really means” to be a fair partner”.

I am proud of the legacy I leave. Much has changed for the better in the safari industry over the past four decades, but one has to ask: is it enough?

Dating back to the early 1980s, the history of partnership between the lodges and the travel industry went something like this: access to these remote places was difficult; communications were by telex or fax; putting together trips across multiple destinations and countries was confusing; and travelers relied on their travel agent to know where they were going, the choices available, and any obstacles along the way.

To compensate for this, the market has split into four clearly differentiated sectors: the high-end travel agent, the outbound destination wholesaler, the incoming destination expert and finally, at the bottom of the chain, the safari lodge. To ensure that all members of the chain receive their due, the lodges have allowed a markup of 30% on their advertised rates, or even more. We all needed each other and the partnerships were strong.

A turn to the 21st century

It began to unravel as we headed into the 21st century. This was due to two factors: the lodges simply couldn’t make ends meet with these high margins (plus the lodges pay 14% to 16% value added tax plus tourist taxes), and the World Wide Web has opened the doors to easily accessible information.

The worldwide accepted commission structure for luxury hotels is 10% and most do not include all meals, beverages and up to 12 hours per day of guided game drives. The partnerships started to get more and more strained over the years, with lodges wanting to cut their margins and the travel retail chain pressuring them to think about it.

There also ensued the battle of “whose guest belongs”. To be frank, this is a ridiculous argument, because we all know that no one owns the guest. Our customers would be offended to think that they were considered “belonging” to one company. Threats of blacklisting have been made against any lodge considering “going straight”. But it made lodge owners even more determined to take ownership of market access by launching effective websites, getting independent media coverage of the travel industry, and launching their own travel desks.

As the market disintermediated, with travel agents becoming African experts and African wholesalers becoming retailers, lodges were increasingly hearing, “I can’t do business with you for less than a 25% to 30% markup.” from wholesaler-turned-retailer — and, similarly, 15% to 25% for retailers. What happened to 10% being a fair margin for a fully inclusive B2C transaction? When I was told by an African wholesaler that X Lodge had given them 40% (so would I consider that), I responded by asking what was the advertised rate for this property? $300 was the answer. My rate at the time was $1,200 and I was offering 30%. “Do you collect percentage points or dollars?” I asked. “That’s not the point” was the reply.

Another quote I hope to never hear again as a lodge owner is, “We like to sell Africa because we make the most money on those trips.”

As in all sectors of industry, we need each other. Nelson Mandela was right: ubuntu. My call to travel partners who sell Africa is to strive to seek fair solutions for both parties in order to build a strong, transparent and trusting partnership. Imagine the good that will come from this, for officers, properties, communities, habitat and wildlife. A less fragmented and more profitable partnership would allow properties to reinvest in the underlying guest experience and pay more for the right to be where they are. Only if conservation can prove to be the most lucrative land use will these wilderness destinations survive. If the lodges are unable to survive, what is left to sell?

As I retire from this remarkable industry, I am grateful to Travel Weekly for giving me this opportunity to connect with our travel partners, encouraging them to deepen partnerships with their favorite properties, to work hand in hand in sending travelers to Africa and beyond, and to thank them for all their support in encouraging their customers to visit destinations where every tourist dollar leaves a significant impact.