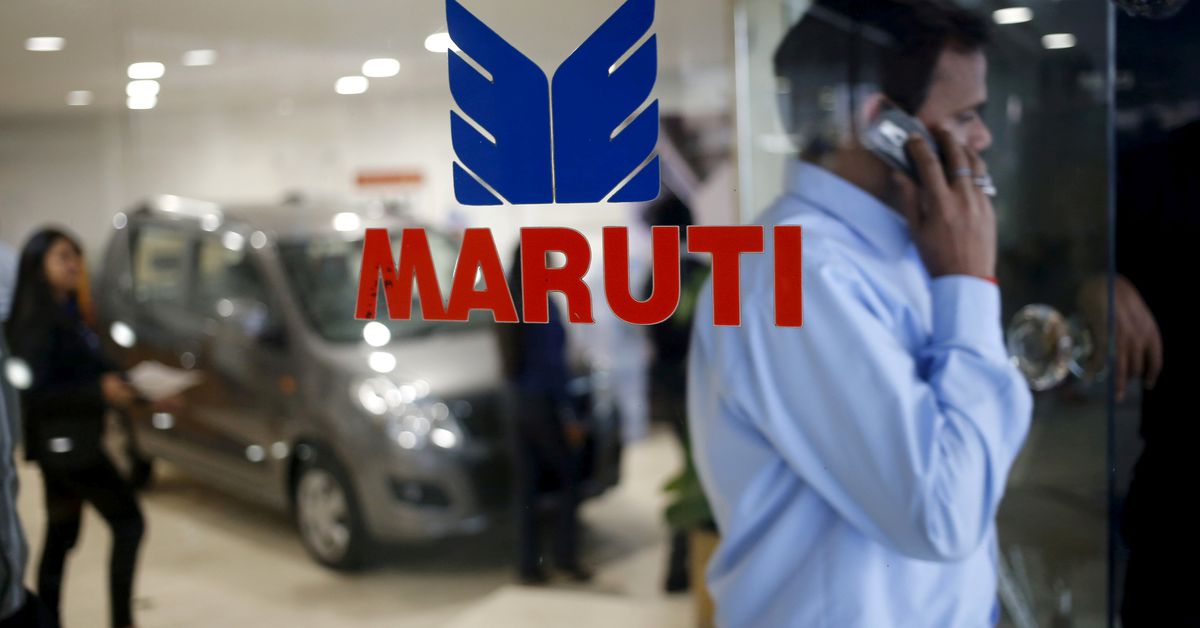 A man talks on his mobile phone as he walks out of a glass door with the logo of Maruti Suzuki India Limited at a showroom in New Delhi, India February 29, 2016. REUTERS/Anindito Mukherjee/File Photo

Partnering with suppliers in its early years contributed significantly to Maruti’s success in India, where it holds 43% of the automotive market, and also helped establish a supply chain for combustion engine cars, said RC Bhargava told Reuters.

With growing demand for more technology in cars and a shift to “greener” powertrains like electric and hybrid, automotive supply chains are changing globally and require significant investment to keep pace.

“If needed somewhere, we will set up a joint venture,” Bhargava said, when asked what role Maruti would play in setting up and securing its future supply chain.

The company, however, has not yet identified specific areas for an alliance, he said.

“We have done that in the past. Maruti has built a very strong supply chain because we have partnered with suppliers and worked with them,” he said, adding that he had about 20 joint ventures with its suppliers.

Maruti is expanding its portfolio and adding more SUVs, but it is behind rivals, which has seen its market share drop to 43% from more than 50% two years ago.

Even so, the potential for small cars in India is huge, Bhargava said. Millions of people still drive motorcycles and scooters because they can’t afford a car despite its better safety profile. Once incomes rise, they will modernize starting with affordable small cars, he said.

“We are going to meet the needs of both markets. I want Maruti to retain this leadership position,” said the octogenarian, who has led the company for 40 years since Suzuki invested in it.

Electrification is also seen as a challenge for Maruti which wants New Delhi to promote all clean technologies such as hybrid and ethanol in which it is actively investing, not just electric vehicles which it only plans to launch. ‘in 2025.

“India has to chart its own course. We cannot follow other countries,” he said.