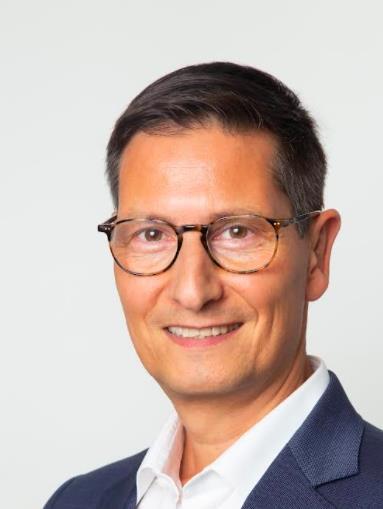 People are on the move: Delaunay joins Patrizia from AXA IM Alts | News

MetLife Investment Management – Chris Aiken joined as Head of Acquisitions in the Real Estate Equity Strategies Group. Aiken was most recently at Safanad as general manager. Prior to that, he was at BlackRock at increasing levels of responsibility, focusing on real estate acquisitions including development, value addition and core strategies. He began his career as an analyst in the investment banking division of Salomon Smith Barney.

Capital of Europe – The pan-European real estate investment manager has appointed Timothee Wagstaff senior partner in portfolio and asset management. Wagstaff will initially be responsible for delivering, monitoring and analyzing investment-level asset management plans across all of its value-added funds, as well as supporting strategic decision-making. Wagstaff, who will be based in London, will report to head of asset management Simon Hooper. Wagstaff leaves a company specializing in the management of commercial real estate Edgerley Simpson Howewhich he joined in August 2012. During his time at Edgerley Simpson Howe, Wagstaff went from management expert, investment expert to associate partner.

BNP Paribas Real Estate – Hapri Yorke Brooks has been appointed Senior Associate Director within the manager’s investment team based in Birmingham, UK. Yorke-Brooks was previously at Savills in Birmingham from 2000 to 2008 where she served as Head of Investments.

StepStone Real Estate – Margaret McKnight was appointed Head of Portfolio Solutions and Sara Rutledge was appointed Managing Director and Head of Market Research. McKnight, who joined the firm as a partner in 2020, will focus on designing portfolios to meet the risk and return objectives of the firm’s discretionary funds, segregated accounts and advisory clients. Rutledge, whose previous experience includes serving as Director of Market Research for the National Council of Real Estate Investment Trusteesjoined StepStone Real Estate as Managing Director in April.

Savills Investment Management – The international real estate investment manager has hired Claire Georges as Chief Technology and Operations Officer. Based in London, George will assume leadership of all of the company’s technology and operations activities and serve on the company’s executive committee. George recently held leadership positions at Goldacre and the Cromwell group. Previously, she worked at Abrn in senior roles for over fifteen years, most recently as Global Head of Investment Platform Real Estate. She is also an active participant in industry bodies such as INREV, where she is a member of the European Industry Technology Committee.

Heimstaden – Anette Konar Riple has been appointed as the new Head of Social Sustainability for the European Residential Real Estate Company – a newly created role. She is currently program manager for A Home for a Home, Heimstaden’s joint venture with the international development organization SOS Children’s Village. Konar Riple would continue in this current role when she becomes head of social sustainability on June 1. In the new position, she will be responsible for ensuring that the company achieves its social sustainability goals and coordinating its initiatives across Europe. She will report to Heimstaden’s Director of Sustainability, Katarina Skalare.

Bouwinvest Real estate investors – Marc Siezen is to replace Dick van Hal as CEO after 14 years at the Dutch property investment manager. Siezen, who joined Bouwinvest in November 2022 as Chief Client Officer, will take up his duties in September. Siezen has over 25 years of experience and prior to joining Bouwinvest he was Executive Director and Board Member of CBRE Nederland and previously held various senior management positions at Multi and COFRA Holding, among others.

IPUT Real Estate – The real estate company has mandated Mary Hunt to the newly created role of Head of Research and as a member of the IPUT management team. Hunt will join IPUT in the fall and be responsible for IPUT’s thought leadership strategy, supporting the company’s investment process, venue building strategy and sustainability program. She is currently Head of Research and Consulting at CBRE in Ireland, a position she created in 1995 and is a member of the Executive Committee of CBRE Ireland.

Henley Investments – The London-based global real estate private equity firm has appointed Monica Popescu as Investment Director to focus on originating and executing investment opportunities across continental Europe. Popescu joins Henley from Necklaces in Germany, where she led major transactions across all asset classes, most recently as Head of Portfolio Investments and Advisory.

CBRE Investment Managementt- Elina Betman joined the investment management firm as a senior director within the client solutions team. Based in Montreal and Toronto, she will be responsible for advising Canadian investors on creating investment solutions across the firm’s real asset investing categories and geographies, including direct private real estate, indirect private real estate, credit, listed strategies and private infrastructure. Betman joins from TD Asset Management, where she served as Vice President of Alternative Investments. Before that, she was with Towers Watson.

UKAA – The British Apartments Association has appointed Brendan Geraghty as the new CEO. Geraghty has already been associated with the UKAA for some time, having managed content for the recently launched best practice guide. Now he will lead the organization as it prepares to shape the future of build-to-let in the UK.

Green Rock Energy Partners – The private equity firm focused on sustainable infrastructure has appointed Christine Gabbianelli as Principal, Head of Investor Relations. Gabbianelli will focus on enhancing and institutionalizing Green Rock’s investor relations capabilities, fundraising efforts and strategic initiatives. Gabbianelli joined Green Rock from Fairview Capital Group where she was a founding member and head of investor relations. Prior to Fairview Capital, Gabbianelli worked in fund management at The Carlyle Group, where she focused on fundraising initiatives across multiple strategies, including Carlyle’s European Buyout Fund and International Energy Fund. Previously, Gabbianelli held various positions at Blackstone, including Head of Financial Planning and Analysis for Blackstone’s credit business. She began her career in the industrial products industry as an analyst in General Electric’s financial management program.

ULI – The Randall Lewis Center for Sustainability in Real Estate at the Urban Land Institute nominated jenny zhang as ESG and Decarbonization Director – Asia Pacific. She was most recently a founding member of Carbonbase. Before Zhang’s adventure to Carbon basedshe advised on international M&A transactions at Deloitte.

Argyle – The high-end London office provider has appointed Philip Symonds as Chief Investment Officer. Symonds comes from Addington Capital where he spent nearly 10 years. Prior to Addington Capital, Symonds worked at Anglo Irish Bank in property banking and qualified as a Chartered Surveyor at Cushman & Wakefield before that. Symonds will focus on expanding the company’s position in London’s core flexible space market.