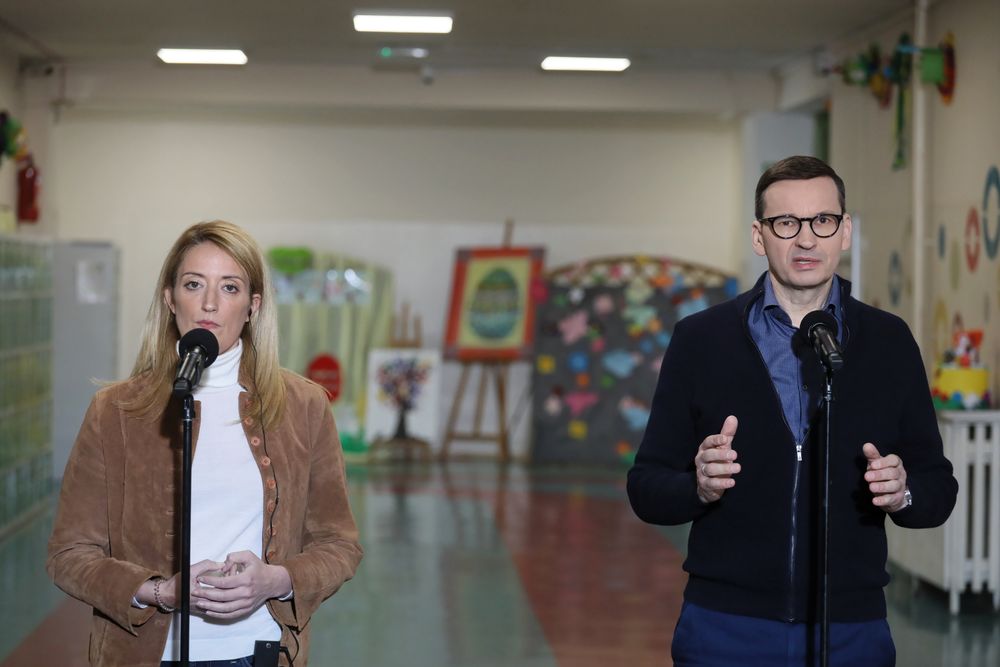 Mateusz Morawiecki, the Polish prime minister, said freezing Russian assets has proven ineffective and urged the West to confiscate them and spend the money on aid to Ukraine.

Morawiecki and European Parliament President Roberta Metsola visited a center for Ukrainian refugees in Otwock, near Warsaw, on Saturday.

“We must remain united in our determined actions against Russia, we must confiscate their assets,” Morawiecki said, adding that those assets could be a new source of money to help Ukrainian refugees.

According to the Prime Minister, “hundreds of billions of dollars are waiting in European banks, in the central bank, on the oligarchs” (accounts – PAP).”

“No, freezing alone will not be effective,” he said. “He is confiscating the assets we need to guarantee tangible help for the reconstruction of Ukraine.”

He also said more sanctions and more EU funds were needed to help the refugees.

“Today is aid to Ukraine, tomorrow is reconstruction, and the day after tomorrow is Ukraine’s path to Europe,” he said.

Morawiecki complained that the sanctions imposed on Russia by the West so far had not had the desired effect, citing the ruble’s exchange rate which had returned to pre-war levels.

“Under pressure from European businesses, some leaders are already talking about a return to normal,” Morawiecki said.

But Morawiecki warned that the world would not return to normal times if Ukraine failed to defend its sovereignty.