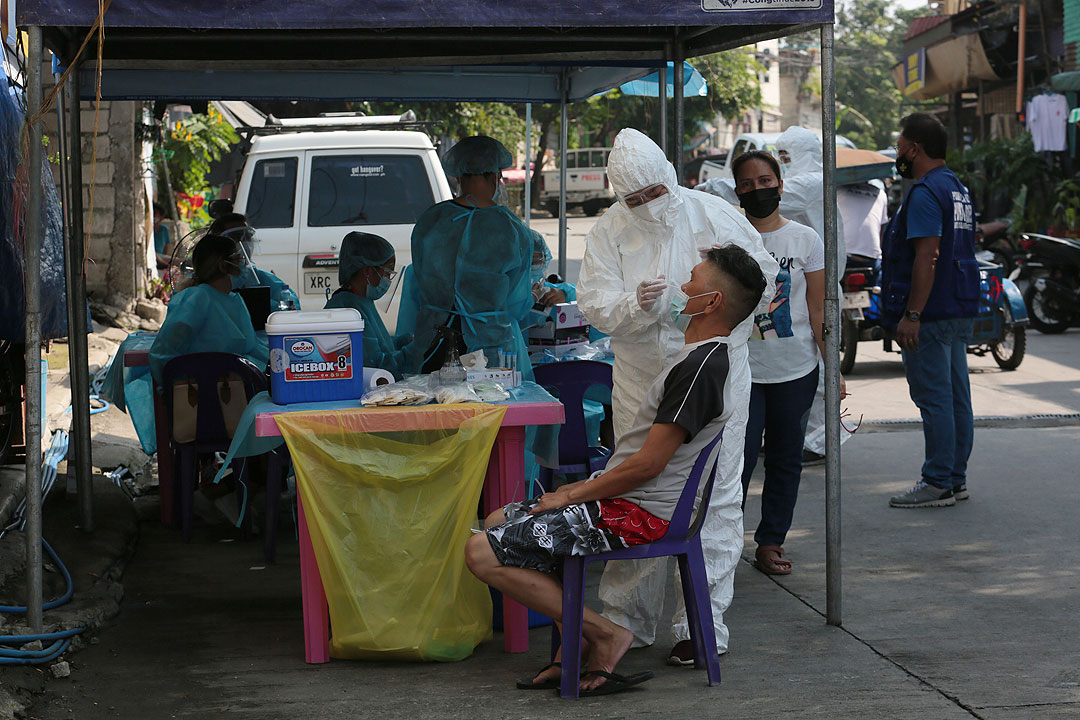 ItaoFTen have been observed that our best qualities as people emerge in times of national disaster – typhoons, floods, volcanic eruptions, earthquakes, tsunamis. This spirit is expressed in a word that does not translate directly into English: “bayanihan.” Defined as the enduring value of the Filipino “to help his countrymen in times of need without expecting anything in return”, it comes from the word “bayani” (hero). Bayanihan is an invitation for heroes from all walks of life to work together.

The once-in-a-generation COVID-19 pandemic is perhaps the mother of all disasters in terms of duration, global reach, suddenness and severity of its impact on people’s lives. and the economy – a real existential threat to individuals and institutions. It is fortunate that our national response, both public and private, has been proportionate to the disaster, showcasing the best of public-private partnerships (PPPs).

In April 2020, responding to a government call for partnership to manage COVID, the private sector created Task Force T3 (Test, Trace, Treat). Starting initially with a small group consisting of Ayala, AC Health, McKinsey, MPIC Hospitals, the Philippine Disaster Resilience Foundation (PDRF), Unilab and Zuellig Pharma working with the Interagency Working Group for the Management of Emerging Infectious Diseases (IATF), the Ministry of Health, the Asian Development Bank, Go Negosyo of Presidential Adviser on Entrepreneurship Joey Concepcion and the Foundation for Economic Freedom, under the leadership of Bill Luz and Fred Ayala, T3 quickly extended to cover the entire business community in a consortium working with government on many different fronts of the COVID response.

Initially, work focused on expanding RT-PCR testing capacity nationwide from 4,500 tests per day in the third week of April 2020 to 30,000 by the end of May (and eventually to more than 100,000 tests per day). A second task of increasing the inventory of PPE (personal protective equipment) was also entrusted to the working group. Eventually, T3 worked on more than a dozen projects, including the nationwide immunization rollout with secretaries Charlie Galvez and Vince Dizon.

COVID-19 has shown, in extremely tangible ways, the power of bayanihan to successfully meet a major challenge. I share the belief that this same spirit of partnership can also inspire us to solve our most burning and persistent problems and truly create a progressive Philippines.

KEY THEMES AND LESSONS FROM Q3
Partnerships work. Both sides of the partnership complemented each other’s strengths and covered each other’s limitations. For example, the agility of the private sector made possible immediate response measures as the government realigned its budgets and mobilized its mechanisms. Meanwhile, the size, reach and resources of the public sector made massive impact at scale possible, complementing what the private sector had started. Based on this, key themes begin to surface about what really made T3 so successful as a model of cooperation:

Speed ​​is essential. As noted, the agility of the private sector was crucial at the onset of the crisis, while the more bureaucratic and massive ship of the state undertook the required legislative and organizational effort. We have seen this quite clearly in all partnership initiatives, from the first relief venture (Project Ugnayan) and in expanding testing capacity, building quarantine facilities, building up a supply of PPE, data management, communications and vaccine deployment, among others.

Private sector investments in technology, supply chains and human capital have made the difference. The resource base, capabilities and access of the private sector taken together across industries, and especially globally, appear to be advantaged compared to most governments. This was particularly evident in vaccine logistics and administration, data management and analysis, communications, as well as the development and application of internationally recognized best practice protocols and the latest scientific knowledge. .Ifvs Ifconclusions about the virus.

Working groups over traditional reporting lines. A multi-faceted disaster like COVID-19 cannot rely solely onIfsocial “boxes and lines” of who is responsible for what. In this case, it is not only a “public health crisis” which would normally fall under the Ministry of Health, which has always been limited in its resources, but also a “socio-economic crisis”, because severely impacted livelihoods ultimately translate into impacted lives. We have heard many stories of Filipinos who risked getting infected by continuing to make ends meet outside of quarantine: say in many ways: “Hindi nga ako mamamatay sa sakit, mamamatay naman ako sa gutom(Yes, I will not die of disease, but then I will starve).

Initially, the IATF used what were once considered the strictest quarantines to control contagion, prompted by understandably cautious medical professionals. However, through well-organized and targeted consultations involving state economic managers; and severely affected but engaged private sector groups across all sectors (health, retail, transportation, construction, education, etc.); while drawing on the experience and expertise of other countries obtained from global knowledge banks (the Asian Development Bank, McKinsey and Boston Consulting Group), strategies and policies have been redesigned.Ifwhich allowed us to “dance with the virus” and minimize the negative impact on our people. Proposed measures now had to go through this multi-stakeholder group during their regular cadences before implementation. So, after a sharp contraction of 9.6% of GDP in 2020, we have rebounded and are on our way to a full recovery.

This was most evident in the government’s large-scale and wisely diversified vaccine supply – which built on the initial effort of private sector vaccine supply for its stakeholders – the “Ayuda and actual vaccination at the local government level, after private experts helped develop data-driven strategies. In total, counting public expenditure, loans, Ifscal stimulus, and the government’s response to COVID-19 amounted to 3 trillion pesos or 15.6% of GDP from March 2020 to April 2022, according to the Ministry of Finance.

Inclusive capitalism is emerging as an idea whose time has come. As these partnership efforts materialized alongside government, an increased sense of social responsibility and greater appreciation of stakeholder impact seemed to be manifesting within private institutions. These have certainly been present for a long time within the Philippine private sector and have been formed for many years through coalitions and alliances, such as the Philippine Business Groups (FINEX, MAP, MBC, PCCI, PBEd, PBSP, etc.), Disaster Resilience Foundation, among others.

Amid COVID-19, further strengthening its alignment with a stakeholder-centric business model has become a compelling proposition for the private sector. As a tangible expression, in November 2020, more than 20 business associations launched the Convention for Shared Prosperity, inspired by a similar Business Roundtable movement in the United States.

PPPs AS A PLATFORM FOR NATIONAL DEVELOPMENT PRIORITIES
The pandemic was certainly an existential crisis. It is almost impossible to consider anything else that could be so severe, immediate and global in its impact on the nation and its people. Yet there are already upon us adversities proportionate to the disaster which are perhaps not so apparent, for they do not come with a violent blow, but slowly invade us – the proverbial thief in the night or the lobster in the boiling pot. I can cite the poor quality of education and health care, outdated infrastructure, poor child nutrition, FDI lethargy, low ease of doing business and many others as fundamental and persistent challenges from which the country continues to suffer.

There may be opportunities to leverage more PPPs to address this, based on longer-term commercial contractual commitments, rather than pure altruism for short-term one-off ventures during an existential crisis.

Fortunately, we have in place one of the most advanced legal, regulatory and governance frameworks for PPPs that has yielded world-cited examples of successful partnerships benefiting the public. Since the passing of the Build-Operate-Transfer Act, we have seen many success stories in expanding our power, water, highway and airport infrastructure.

T3 has only cemented the value of this model of engagement with the private sector, given their enormous contributions to the fight against COVID and bringing much-needed attention to our healthcare space.

Going forward, we can build on these successes of PPPs in physical infrastructure and, in light of the COVID crisis, in the social sector to solve some of these fundamental problems that we face.

(To be continued. Part 2 covers possible PPP interventions in health services and education and suggests revisions to government mindset and policies for a more enabling PPP environment.)

I am grateful for the valuable contribution of Fred Ayala, Paolo Borromeo, Bill Luz and Paolo Monteiro. Errors are all mine, the author.

Romeo Bernardo served as Undersecretary of Finance during the administrations of President Cory Aquino and President Fidel Ramos. He currently sits on the boards of the Foundation for Economic Freedom, the Management Association of the Phil. and the FINEX Foundation.