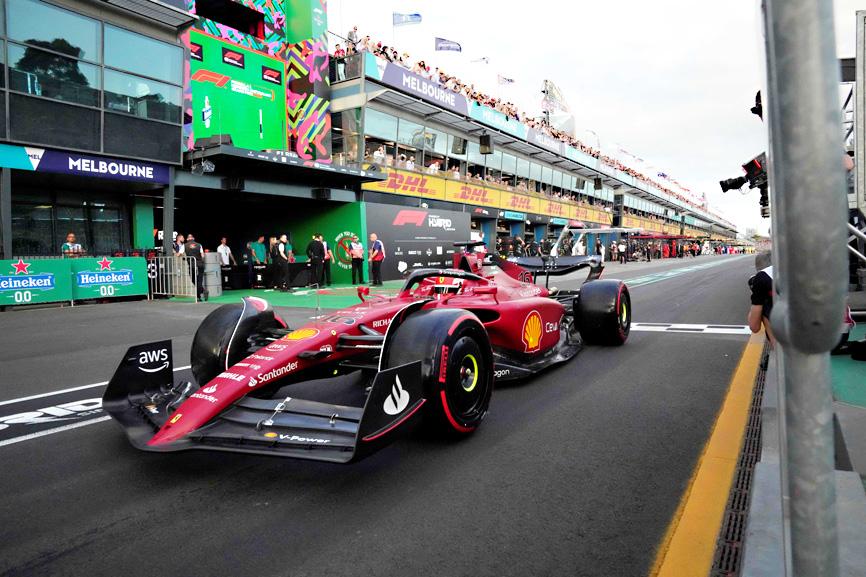 The Volkswagen Group on Thursday confirmed its plans for an entry once technical regulations to make the sport more sustainable are established.

There has long been speculation about potential partnerships between the existing teams and the Audi and Porsche brands, with former champions Red Bull and McLaren mentioned in particular.

Horner said it now makes sense for Red Bull to engage in “more detailed discussions” with Volkswagen, given that the automaker has more clarity on its plans.

“It’s exciting for Formula 1, it’s exciting for Porsche and Audi, and a potential link with Red Bull would be hugely exciting,” he told reporters at the Australian Grand Prix yesterday. “Now where we are in our journey is not dependent on an OEM [original equipment manufacturer] come and join the team, but, of course, it would make a lot of sense to have those discussions.

Red Bull has set up its own powertrain company to take over from Honda, which officially pulled out at the end of last season but continues to assemble units and provide on-track support.

McLaren, Aston Martin and Williams all use Mercedes engines at present, with the latter two also seen as potential Audi partners.

Audi and McLaren last year denied reports that a partnership had already been formed.

Mercedes’ Hamilton, who has been pole-sitter eight times in Melbourne, including the last six in a row at Albert Park, will start fifth.

This is Leclerc’s second pole of the year after the season-opening race in Bahrain, where he went on to win.

He knocked out his rivals with a flying lap at the death of 1 minute, 17.868 seconds, slightly ahead of Red Bull world champion Verstappen, who won in Saudi Arabia two weeks ago.

“It felt good. Especially since it’s a piece where I’ve always struggled in the past, in [Qualifying 3] I managed to put everything in place, so it feels good, very happy,” said Leclerc.

Veteran Fernando Alonso, who was fast all weekend in the Alpine, had to settle for 10th after crashing at Turn 11, telling the radio he couldn’t downshift.

It was a dismal day for four-time world champion Sebastian Vettel, who sent his Aston Martin into a high-speed wall in final practice and completed just three laps in qualifying.

He finished 18th to cap a miserable time for the German, who missed the first two races of the year with COVID-19, suffered an engine failure on Friday and was fined 5,000 euros (5 US$437) after riding a moped on the track.

Comments will be moderated. Keep comments relevant to the article. Remarks containing abusive and obscene language, personal attacks of any kind or promotion will be removed and the user banned. The final decision will be at the discretion of The Taipei Times.