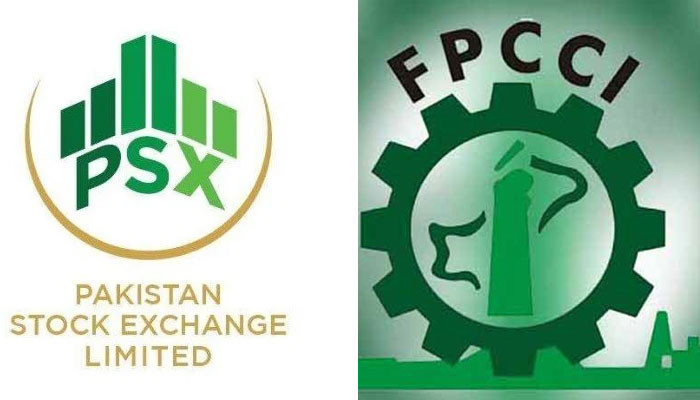 LAHORE/KARACHI: The Supreme Court (SC) has protected the Constitution and saved democracy, the people have said following the SC’s verdict declaring illegal the decision of the Deputy Speaker of the National Assembly on the motion of no confidence, thus restoring the Lower House of Parliament after it was dissolved by the President on the advice of Prime Minister Imran Khan.

The business community hoped that the SC verdict would lead to political stability and pave the way for business activities to flourish, as the economy had been under pressure for several days.

People from industry and the stock exchange said that the political uncertainty had negatively impacted economic activities, created negative sentiments in the stock market and lowered the value of the rupee against the dollar to an all-time low. , which had caused colossal losses to the national economy. as well as to individuals.

Anjam Nisar, former chairman of the Federation of Pakistan Chambers of Commerce and Industry (FPCCI), speaking to The News, said that regarding the court’s decision, it will bode well for the economy. He said that in recent days, political uncertainty had a direct impact on the economy, which was reflected in the deterioration of different economic indicators. “All attention was focused on politics and no one cared about the economy as it had endured the severe consequences of the political unrest in the country,” Anjam Nisar said.

He pointed out that the stock market was under stress and that the rupee had massively devalued on the one hand and, on the other hand, inflation had surged. He said the court ruling would help alleviate the political crisis which would be positive for the economy, however, he believed that new elections would eliminate the political crisis because after a new government, the economy could receive proper attention.

Anjam Nisar said that in the presence of a political crisis, the country would not be able to use its resources to improve the economy.

Adil Ghaffar, a stockbroker and former general secretary of the PSX Stock Brokers Association, said the SC verdict would help the stock market win to some extent, however, the real picture would emerge once Saturday’s vote of no confidence. “We will have to wait until next week how the market behaves in the post-confidence scenario,” he noted. He said the political unrest of the past few days had a negative impact on the stock market and an improvement in the political atmosphere would help the market recover.

He said: “The market is not with any particular government but reacts to policies related to the economy.” He feared more negative impacts for the stock market if the political situation remained in limbo even after the SC verdict.

Civil society was particularly pleased with the CS verdict.

The Human Rights Commission of Pakistan (HRCP) has welcomed the SC judgment restoring the National Assembly and calling for a vote of no confidence. The HRCP said it was essential that the court not compromise on any aspect of compliance with and compliance with the Constitution. This decision would have a long-term effect in terms of strengthening constitutional democracy. “Similarly, we urge all political actors, and in particular the restored federal government, to renew their commitment to democratic values ​​and to put the needs and rights of ordinary citizens ahead of narrow political interests,” the statement said. the HRCP.

Peter Jacob, Executive Director of the Center for Social Justice, said: “The Supreme Court has discharged its constitutional and judicial responsibility in the best possible way without being under any pressure. Therefore, this decision will go down in history as a milestone in strengthening the democratic foundations of the political system. We warmly welcome this decision. »

Muhammad Tahseen, Executive Director of Partnership for South Asia in Pakistan, said: “I’m glad we have a constitution and the judges have upheld it.

Neelum Hussain, Executive Director of the Women Action Forum, said: “It is such a relief that the Supreme Court has upheld the Constitution. It seems that a huge weight has been lifted after this judgment.

Zahid Islam, executive director of the Sangat Foundation, said: “The Supreme Court has done the right thing. Khan Sahab made a mistake. He should have resigned.

Ume Laila, Executive Director of HomeNet Pakistan, said: “The unconstitutional act of April 3 was highly condemnable. No one has the right to violate the constitution. Today’s Supreme Court decision upheld the constitution and is encouraging. »

Ali Akbar of Layyah said the decision was a victory for democracy. Unfortunately, democratic standards have been consciously destroyed and treacherous certificates circulated. After this decision, the court had closed this chapter now. “Democracy will flourish and the supremacy of the constitution will be assured,” Ali Akbar said, speaking to The News.

Muhammad Najaf of Rajan Pur said it was a landmark judgment. The Supreme Court had given politicians an opportunity to serve the nation selflessly instead of serving personal gain. According to him, all political parties should adopt pro-people policies so that the masses can support them in difficult times. He added that Imran had failed because of his anti-people policy. The PTI government had targeted dissent and silenced the opposition. Imran was unaware of the suffering of everyday people, therefore he faced failure. The PMLN and PPPP should learn from Imran’s failure, Najaf said in an interview with The News. The decision showed that the SC believed in the continuity of democracy. This verdict would strengthen democracy and guarantee human rights, Najaf said.

Hafiz Abad’s Muhammad Mudassar appreciated the court and said Pakistan’s survival depended on a democratic process. The landmark decision would align Pakistan’s history, he said in an interview with The News.

He said: “We are at the point where a slight mistake could harm the country. The court buried the doctrine of necessity. He said Imran paid lip service and did nothing for ordinary people. After this decision, experienced politicians from the PPP and PMLN would run the country’s economy.

On the contrary, Muhammad Zia of Gujranwala said that after this decision, the PMLN and PPPP people will be part of the government while corruption cases against them are pending in the accountability courts. He said Imran would move for another battle.

Asim Butt, a resident of Garhi Shahu, Lahore, said the SC verdict was the final nail in the coffin of the Niazi government. He had failed miserably to deliver but wanted to rule without knowing how to rule. He said Imran Khan should accept this verdict for the good of ordinary people and for the broad interest of the country.

Gohar Ali from Peshawar said the SC verdict has saved the country from anarchy and chaos now. Mummad Irshad of Sukkur said there was a great responsibility on the shoulders of the PMLN and the PPP to promote a culture of coexistence rather than taking revenge on their political opponents. Meanwhile, many people were seen congratulating each other on the SC judgment restoring the National Assembly.