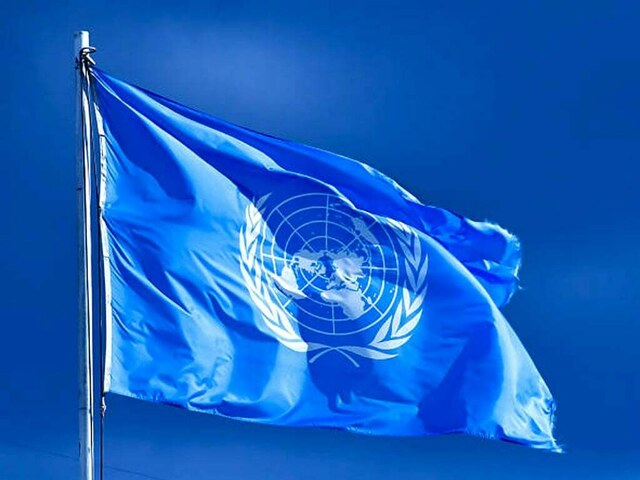 Global institutions, in collaboration with the United Nations Office on Drugs and Crime (UNODC), are working with developing countries and financial centers to end the laundering of proceeds generated by corruption and other illicit means and recover assets generated from illegal sources.

Transparency International (TI), in its report, Assets Recovery and the Theft of Public Money, writes: “According to a 2010 estimate, each year, developing countries lose between 20 and 40 billion dollars due to corruption”. The report Stolen Assets Recovery (StAR) Initiative: Challenges, Opportunities, and Action Plan, published jointly by the World Bank and UNODC, indicates that the cross-border flow of global proceeds of crime, corruption and tax evasion is estimated at between 1,000 and 1,600 billion US dollars per year.

The report further states that corruption money associated with bribes received by public officials in developing and transition countries is estimated at between US$20 billion and US$40 billion per year – a figure equivalent to 20% 40% of official development assistance (ODA) flows.

The volume of stolen public funds in developing countries is very high. Corrupt rulers and bureaucrats, military officials as well as judges transfer their proceeds of corruption overseas with the help of their foreign partners or facilitators to tax havens in global financial centers deemed secure due to their secrecy laws.

To address these challenges and limit the movement of illicit flows of funds and the recovery of assets created by illegal means, the Financial Action Task Force (FATF) and the International Criminal Police Organization, commonly referred to as INTERPOL, have launched a joint initiative to deprive criminals of their dirty money, marking a milestone in global efforts to recover illicit assets.

The FATF is trying to focus and make it mandatory for each jurisdiction to implement the Beneficial Ownership Rule which will improve transparency and help identify the true owners of assets or arrangements.

It is worth mentioning that the very first FATF-INTERPOL Engagement Roundtable (FIRE) was held on September 13, 2022. It brought together 150 high-level experts who decided to:

It is undeniable that corruption drains the resources of developing countries. The StAR points out that even part of the recovery of stolen assets can provide enough funds to improve the social sector.

The report further states that raising as little as US$100 million can fund the full immunization of four million children or help provide water connections to around 250,000 households. However, if all of the stolen funds are recovered and used correctly, it can change the standard of living for all of humanity on our planet.

Unfortunately, developing countries due to a poor governance system lack transparency in their affairs. Moreover, their leadership sees itself as untouchable. Although these countries have liability laws, their enforcement is mostly lax and/or compromised.

Therefore, due to the selective enforcement of accountability laws, the corrupt mafia finds ways to defeat the system. Moreover, the majority of developing countries do not have sufficient resources to improve their legal, financial and public finance management system.

The United Nations and other watchdogs are doing their best to reduce corruption and corrupt practices and help victimized countries recover assets created by mafias through the misuse of public funds.

Chapter V of the United Nations Convention against Corruption provides the framework for the return of stolen assets, obliging signatories to the convention to take measures to restrain, seize, confiscate and return the proceeds of corruption. According to Article 51 of the Convention: “The return of assets under this chapter is a fundamental principle of this Convention, and States Parties shall afford each other the fullest measure of cooperation and assistance in this regard. “.

Keeping in mind the above principle, Pakistan, as a member of the United Nations, is also responsible for seeking the recovery of assets created by public officials, politicians, military officials, judges and other persons corrupted by embezzlement of public funds or tax evasion.

However, despite signing various agreements with different jurisdictions and supervisory bodies, including an information sharing agreement, namely the OECD Multilateral Convention on Mutual Administrative Assistance in Tax Matters, our authorities seem to be up to now the least interested in recovering stolen public funds.

On the contrary, by order of the political masters, they use them for their political advantages, victimizing their opponents. Pakistan’s previous Tehreek-e-Insaf government came to power with an anti-corruption slogan and established the Asset Recovery Unit under the supervision of Shahzad Akbar, who was appointed adviser to the prime minister. Although he was given the necessary powers to recover the stolen assets, he failed miserably in delivering on his promises.

Shahzad Akbar was more interested in the political victimization of opponents than in recovering stolen assets. Consequently, our requests to INTERPOL regarding the return of the Sharif family as well as Muhammad Ishaq Dar were rejected.

Similarly, due to insufficient evidence, the UK’s National Crime Agency (NCA) cleared Shehbaz Sharif and his sons of the corruption cases. The poor performance of the National Accountability Bureau (NAB) and the ex-Primer’s appointed asset recovery team cost millions in the case filed by Broadsheet in the UK court.

However, no investigation or case has been filed against NAB officials and others for their incompetence and the recovery of billions of rupees for the Treasury. In another example, the NCA recovered a huge sum of money from a real estate tycoon in Pakistan against money laundering charges and sent the same sum back to Pakistan.

However, the incumbent government, instead of depositing it in the National Treasury, managed to get cabinet approval to return it to the property tycoon. The media claim that the former prime minister and his wife have reaped huge benefits from this deal. However, the NAB and other law enforcement agencies are least embarrassed to initiate an investigation/investigation to uncover the truth behind this despicable episode.

We are the 5th most populous country and the 7th nuclear state, so our actions and relationships influence the global community. Our ranking on the Global Perception Index at number 140 is an embarrassment to the entire nation.

Our justice system as well as our law enforcement and security agencies are not at all interested in streamlining their affairs. NAB is a top notch accountability agency, but apparently lacks the basic skills to trace, freeze, confiscate and repatriate stolen assets/funds.

This is evident from the Supreme Court’s remarks about one of its administrators stating how he was appointed when he was unqualified for the position. It is high time to streamline our financial crime laws and regulations, improve our international cooperation and train our law enforcement professionals in the application of modern investigative techniques.

Our courts are bound to guarantee the fundamental right to a fair trial of the accused as provided for in Article 10A of the Constitution of Pakistan. Unless we change ourselves, foreign jurisdictions or foreign financial centers will not review our politically motivated cases or accept our claims, as we have known in the past.