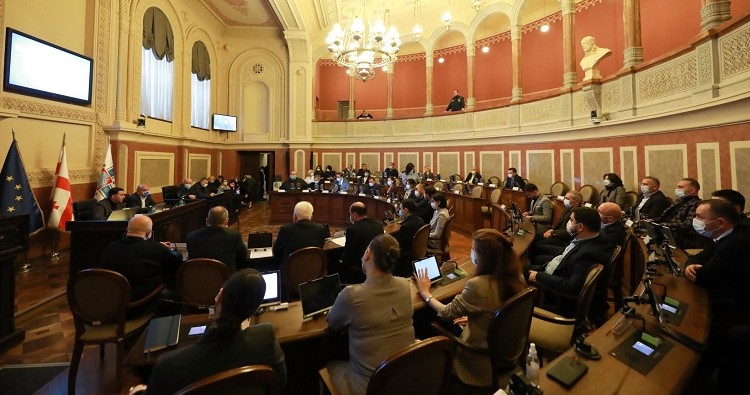 Nearly half of the members of the Tbilisi Municipal Assembly, including a dozen civil servants, have ties to business activities, according to a new report by Transparency International Georgia, with the survey also pointing to possible cases of corruption, incomplete property declarations and other irregularities within the municipal body. .

Released on Thursday, the report said the organization uncovered “several violations” in the structure, including officials owning active businesses, incomplete declarations of ownership, participations in government contracts, donations to its own political parties, etc. .

The report also states that 35 of the 50 members of the Assembly donated money to their political parties at different times, with eight members donating funds to the United National Movement, the largest opposition party, and 23 members to the ruling Georgian Dream party.

The organization also revealed violations in the asset declarations of Assembly public officials, citing eight public officials who had “incompletely declared” their own business activities or those of their family members. Eight public officials in the body have not delegated the right to manage private company shares to others, as required by their position in the Assembly, it also notes.

Additionally, the report identifies a case of possible political corruption, with 16 out of 29 members of the ruling party’s Assembly having donated “identical suspicious amounts” of ₾115,000 ($37,888/€35,769) to Georgian Dream on October 12, 2021, after the country’s first round of local government elections.

He urged the Civil Service Bureau to “review violations” identified in public officials’ asset declarations and “respond in accordance with the law”.