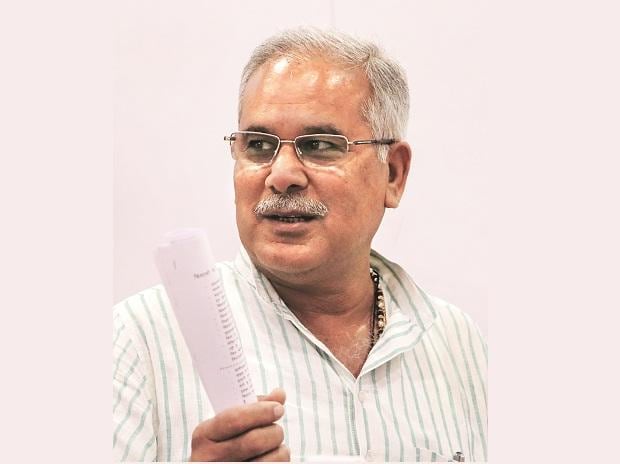 Unemployment and poverty rise as country’s assets are sold: Baghel


Chhattisgarh Chief Minister Bhupesh Baghel on Saturday claimed that assets in the country were being sold off one by one leading to rising unemployment and poverty.

In a veiled swipe at the Bharatiya Janata Party (BJP), he said Gujarat’s development model, which was widely discussed across the country ahead of the 2014 general election, is now gone.

Addressing the 5th National Conclave of the All India Professionals Congress (AIPC), a wing of the Congress, Baghel said the Chhattisgarh government was focusing on ensuring minimum income for the people and meeting their needs. basic needs.

“Eight-nine years ago before the 2014 Lok Sabha elections, there was a lot of talk about the Gujarat model, but no one talks about it now. The whole country is watching what happened to the Gujarat model. We (the people ) bear the brunt of this model. All the assets in the country are being sold off one by one, which has led to increased unemployment, poverty and malnutrition,” Baghel said.

The Chief Minister said Chhattisgarh’s Congress government had focused on how to “meet the minimum income and the minimum needs of the people”.

“In 2018, Rahul Gandhi ji had talked about the Nyay Scheme, under which people had to get a minimum income. Rahul ji had talked about Rs 72,000 per family (in a year during the 2019 elections). elections didn’t focus on it and diverted to emotional issues. Even his discussion didn’t reach the people,” he said.

“But our government in Chhattisgarh has focused on minimum income as well as minimum needs…There is a slight difference between the two. If the money is put in people’s pockets, they spend it as as consumers. It may strengthen the market, but it cannot economically empower people. In our state, we have focused on minimum needs like food, shelter, education, employment, and entrepreneurship to also reach people,” he said.

Agricultural loan has been canceled in the state and they are also receiving Rs 9,000 per acre under Rajiv Gandhi Kisan Nyay Yojna, he said.

“The BJP laughed at us for buying cow dung. The program has not only made cattle farming commercially profitable, but has also strengthened the rural economy… We are creating both producers and consumers in the villages,” he added.

“It is the Chhattisgarh model that connects people with education, health facilities and employment,” he added.

Speaking to reporters later, Baghel said selling the country’s wealth is probably Gujarat’s model, but giving everyone a job is Chhattisgarh’s model.

Speaking on the occasion, AIPC President and Congressman Shashi Tharoor said the grand old party still believes in bringing everyone together and advancing every section of society.

“…Congress has values, which include the values ​​of an inclusive India. An India that looks across divisions of caste, creed, religion, caste and language and sees us all as one … It is also an India where you want to look beyond the distinction between rich and poor, between Dalits and Brahmins… Some politicians like to focus on these issues in order to polarize the electorates,” a- he declared.

Congress wants to bring everyone together and everyone needs to move forward together, he said.

“Congress has always believed even in the great liberalization of the economy that took place in the 1990s. Our policy was very clear – yes we will liberalize, yes we will open up. Maybe the rich get richer , but in the process the poor must also benefit… The revenues that our government derives from the new liberalized economy must be distributed to those who have nothing,” he said.

“Bhupesh Baghel ji has done the same in Chhattisgarh with his Nyay program with support to farmers and trying to extend the system to the weaker sections of society so that they too can be great participants in the adventure of progress and development in India,” he added.

The two-day conclave, which kicked off on Saturday, is being held here at the Pt Deendayal Upadhyay Auditorium, where former Reserve Bank of India (RBI) Governor Raghuram Rajan is also one of the keynote speakers.