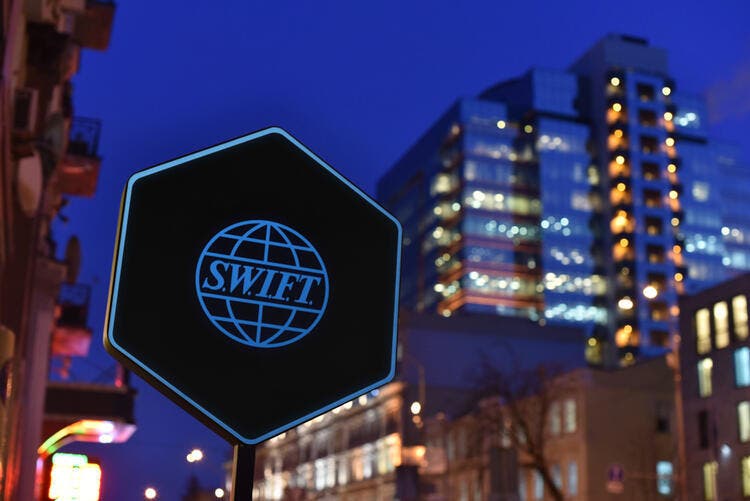 The European Union, the United States and their allies opposed to Russia’s invasion of Ukraine said they had agreed to freeze more Russian assets and cut some Russian banks from the global payments system. QUICK.

Since its conception in the 1970s, the only two countries to have launched from SWIFT are Iran and North Korea. Western leaders previously disagreed on whether or not to restrict Russia’s access to SWIFT, but formally made a decision on the matter on Saturday, February 26.

In one joint statement by the EU and its allies, the officials wrote: “We are committed to ensuring that certain Russian banks are removed from the SWIFT messaging system. This will ensure that these banks are disconnected from the international financial system and will harm their ability to operate globally.

What is SWIFT and why is it important?

SWIFT is a Belgium-based messaging system that connects banks around the world, enabling them to carry out international transactions and payments.

It connects approximately 11,000 banks and financial institutions in more than 200 countries. It serves as the backbone of the global economy and is used for billions of dollars in transactions.

My hotel in Moscow asked me to settle the bill early because they don’t know if credit cards will work once the SWIFT sanctions kick in.

Without access, it will harm Russia’s ability to do business outside of its borders and will have a huge impact on the country’s economy. Ukrainian President Volodymyr Zelensky has repeatedly called for Russia to be kicked out of SWIFT entirely, but world leaders have been reluctant to take such a step because of the ripple effect that would ensue.

Russia provides about 40% European natural gas companies and banks in countries like Germany regularly use SWIFT for transactions with Russian banks. A total ban on SWIFT would not only harm the Russian economy, but also other economies around the world.

To mitigate this negative global impact, the EU agreed to selective restrictions of Russia’s access to SWIFT rather than a complete and outright ban.

Before any restrictions could be implemented, a consensus had to be reached between the countries who oversee SWIFT. These countries are Belgium, Canada, France, Germany, Italy, Japan, the Netherlands, the United Kingdom, the United States, Switzerland and Sweden.