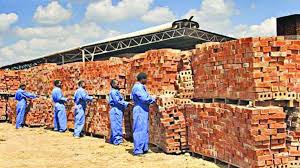 Brick maker Willdale Limited is still pursuing negotiations for the disposal of some of its idle assets as it seeks to raise funds to recapitalize its operations.

“Following a disclaimer issued on August 3, 2022, the directors wish to inform shareholders and the general public that the negotiations for the disposal of certain idle assets, the outcome of which could have a material effect on the business and share price, are still trading, and shareholders are therefore advised to continue to exercise caution and seek professional advice when trading shares of the Company.

The group recently reported depressed volumes from the third quarter to June, down 9% due to the prolonged rainy season which lasted until the end of April, affecting production.

“The drop in sales is attributed to the lack of inventory caused by the effects of the late April rains,” the company said.

Cumulative revenue was down slightly by 1% in terms of hyperinflation compared to the previous year.

“Although average prices were affected by exchange rate disparities, the product mix remains favorable and this should strengthen margins for the full year.”

The company, however, lamented the recent tightening of lending conditions by the central bank as presenting difficulties in raising working capital.

The Central Bank raised interest rates from 60% to 80% at the start of the year to manage the money supply in the economy which was putting pressure on inflation.

“However, the business model in place generates sufficient working capital to support the business in the short term,” Willdale said.

The company added that production is now ahead of target, which should provide inventory to cover the sales gap in the fourth quarter as demand remains high, driven by cluster home developments and builders. of individual houses.

“Growing demand for bricks to meet strong housing demand will drive revenues in the fourth quarter. Plant capacity utilization, which is currently above 80% on average, should provide sufficient inventory to reach the target sales volumes for the following quarter, provided electricity supply remains reasonable.